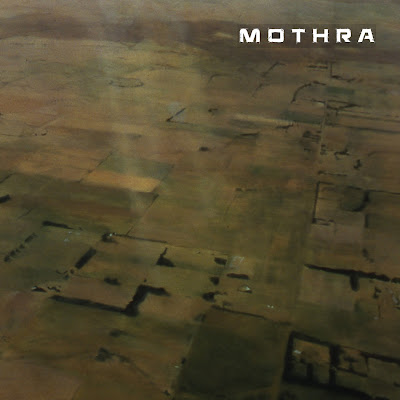 It's known to happen that I will listen to instrumental bands. Less so now than when I was big into Karma to Burn but Decision Process, the debut LP five years in the making from Aukland's Mothra has made me remember some things. First, who needs vocals when the music is so expressive. And second, it's quite relaxing to not have someone yelling at you sometimes.

Influences listed include Neurosis, Tool and Meshuggah and you can hear those bands in Mothra's progressive post-metal. They're not as downright have as any of those bands (ok, maybe Tool) but when they put the hammer down you feel a similar effect. Mothra bring that epic scale to the picture and the rhythm section makes sure the thunder is felt and heard.

It's in that rhythm section where the Tool influence is most apparent. The bass playing is great; locking into cyclical grooves and blazing a trail for the guitars to follow. It's not straightforward however. Wide open grooves meet ethereal melodies littered with atmosphere, layers and progressive song writing.

Mothra deftly avoid the pitfalls of the style (and long runtimes) by continually pushing forward making minor and major changes to the themes to keep the listener interested. Trust me on this. I've been listening to it for three days and there's been no desire to move away from the musicianship or enduring songs.

Highlights include "Splinters" (see video below), "Elements of Sleep" (with cello and violin adding to the beauty), and "Burnt Impression". No matter where you go on Decision Process you're met with the same fulfilling music dynamically saturating the space in three dimensions. For fans of Neurosis/Isis, Tool, Pelican and other crafters of fine post/prog metal (even latter day Mastodon and Helmet at times) the decision is easy: Check this out now. Like their namesake, it will blow you away.