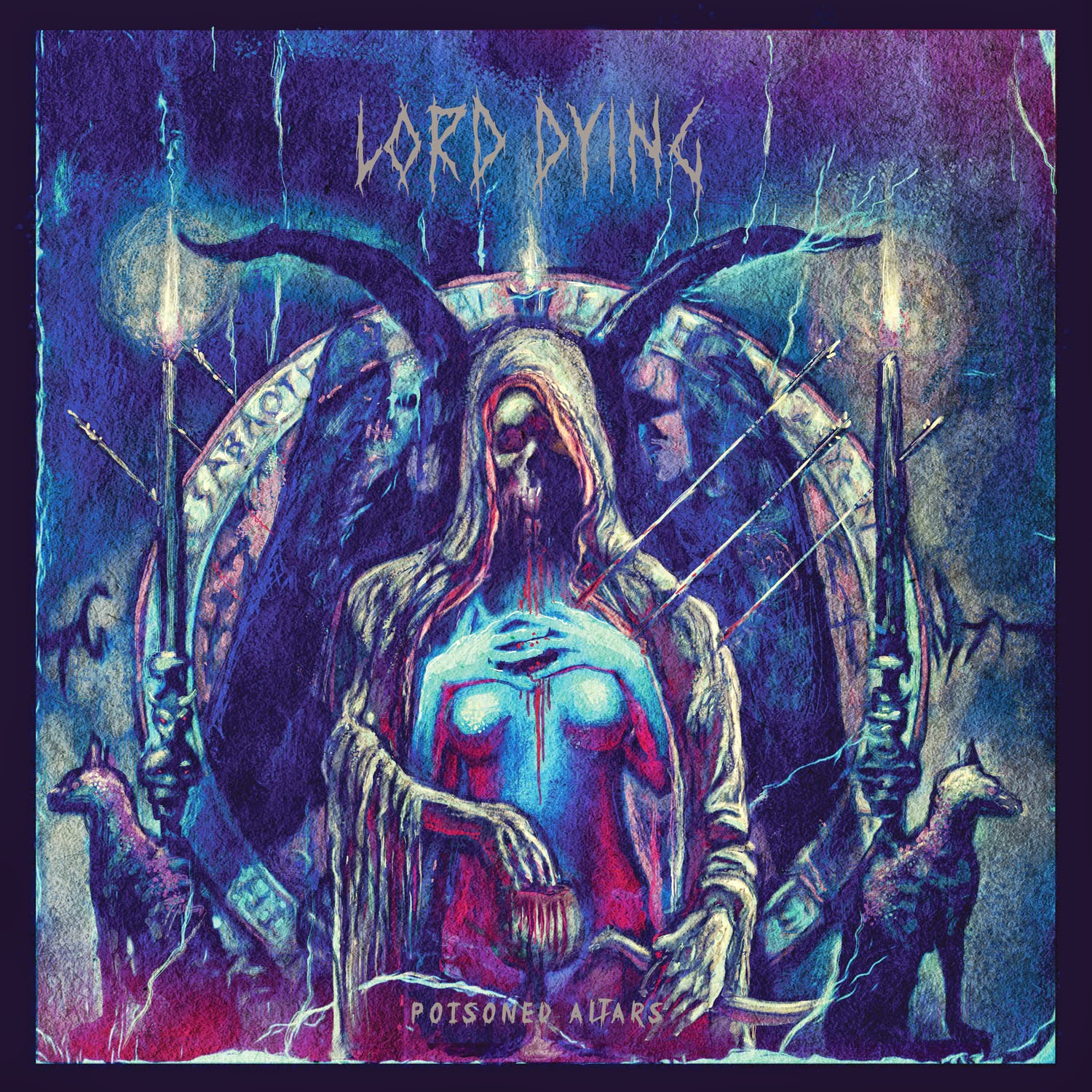 Sludgy is as sludgy does, sir! That's the kind of straight backed reaction Poisoned Altars, the newest from Lord Dying will give you. There's nothing sloppy or undisciplined about it. The mission is to pound the listener's will into oblivion under a barrage of chugging rhythms, dangerously heavy riffs and venomous vocals. Mission accomplished.

The Portland group continues on from Summon the Faceless without a hint of a sophomore jinx. They've just honed the edge of their deadly, hammering sludge. The dirty tone and gruff vocals keep it rooted in the filth with fiery runs and galloping guitars emerging from the muck. The resulted blend of down-tuned force and massive riffs makes Lord Dying one of those bands that end up sounding like the energy they put into the tunes.

Their thrash is handled in the same way as High on Fire. It's not all about unbridled speed or flashy solos but you know they'd like nothing better than to see a thousands fists in the hair as waves of hair banged furiously along to their wicked riffery.

On Poisoned Altars you won't hear the band trying to overcomplicate things. Dooming out and steamrolling while remaining dynamic can be achieved with guts and grit and that's what Lord Dying are doing here. They got vigour and dark intent without trying to terrify.

Red Fang's Aaron Beam lends guest vocals to "An Open Sore" and his cleaner voice works well alongside Erik Olson's bullying bite. You can hear a lot of hardcore in Olson's delivery to go along with it's gruff character.

There's isn't a dud to be found on Poisoned Altars. The tone leads to the overwhelming urge to shower, the riffs are epic and profoundly catchy and it's all pulled together by an undeniable groove. They've cemented themselves well in the sludge world, ranging from High on Fire to former tourmates Howl to early Mastodon while bringing in those thrash and stoner flavours a la The Sword.

There's no ill effects to feel from approaching Poisoned Altars. It's got all the muscle and heart of it's predecessor and then some. But it seems more realized and tighter. The guitars are more confident and the attitude is more pissed. High energy sludge with plenty of hardcore edge. Amen.

Lord Dying on Bandcamp
Posted by Matt Hinch at 6:01 PM