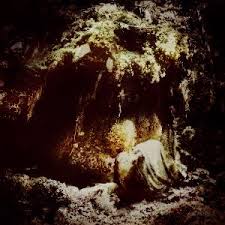 This album is a perfect example of how my personal tastes are always evolving. Back in 2009 when I heard Black Cascade, I didn't "get it". I still wasn't much for Black Metal yet. Since then, the part of my brain that understands albums such as Celestial Lineage (Southern Lord) has woken up. And it's saying "go back and listen to the rest of the albums". (I will. Eventually.) I'm not going to go into all that "Cascadian Black Metal" stuff. I'll let other people debate that. What I can say is putting all preconceptions aside, the album does sound very natural, earthen, organic and well, celestial. Unlike the previous two entries on this AOTY list, WITTR are definitely Black Metal in my books. More than basement, corpsepainted BM yes, but still "troo" to me anyway. Much like their Norwegian counterparts draw inspiration from their frost-bitten habitat, Celestial Lineage feels like the environment that surrounds the Olympia, WA based band. It's incredibly rich, textured and life-giving like the the humus of the forest floor. Instruments and voices come and go as creatures of wing and foot move through the trees. Wind and rain play their part too as bells chime and the album is drenched in atmosphere. The power and beauty of nature in the Northwest US seems to transform itself into a sonic entity as complex and interdependent as a living ecosystem. To create you must destroy. Celestial Lineage perpetuates that truism in the delicate balance of devastating, cacophonous black metal and a reverent appreciation for dynamics and space. The Brothers Weaver could not have sculpted such a masterpiece without a little assistance however.  Helping to sing the album into existence, as Aslan did Narnia, was Aaron Turner of Isis fame, and the angelic voices of Turner's wife Faith Coloccia and Jessika Kenney. I don't live anywhere near the Northwest. I have actually never been farther west then Windsor,ON and the forests here are not near as lush as those on the other side of the Rockies but I nevertheless feel at home when I listen to Celestial Lineage. It feels like a musical representation of my ideal living environment. The energies of nature made into sound.